As we approach the 100th day of the Trump administration, I continue to be deeply troubled by the President's erratic behavior on critical national security issues and his broken promises on jobs and the economy. Together with many of my colleagues, I'm fighting back against his harmful agenda. The thousands of calls, letters, and emails I have received from constituents are an encouraging sign that you're fully engaged in our democracy and making your voices heard. Keep it up! Another bright spot is that the House and Senate passed my legislation to help protect coastal communities from tsunami, and the bill was signed into law recently.
Here's more news on what I've been working on this month:
You can find more updates about my work around the district and in Washington, DC on Facebook,Twitter, Instagram, and YouTube. You can also contact my Oregon and Washington, DC offices with questions, comments, or for assistance with a federal agency. This mailbox is not monitored. To contact me via email, please use this secure web form.
Posted by Monicapearson97103 at 11:12 AM

**CALL TO ACTION**
Thursday, April 27, 2017
—————————————————————————————
URGENT CALLS TO MOCS! TRUMPCARE 2.0 POSSIBLE HOUSE VOTE FRIDAY!
—————————————————————————————
#ProtectOurCare
On Monday we called for opposition to the latest version of the Trump-GOP attack on our health care: the amended AHCA (American Health Care Act), aka Trumpcare 2.0. We were hoping that the vote would be delayed pending a full debate and CBO score, particularly with everything else going on this week. Instead, the new plan (if enough votes are garnered through back room deals) is to rush this disastrous bill to a House vote THIS FRIDAY! To recap what is at stake:
--Trumpcare 2.0 keeps the worst Trumpcare components: gutting Medicaid, increasing consumer costs, and using those funds to give billions in tax breaks to the wealthy and health corporations.
--The new Meadows-MacArthur Amendment (http://politi.co/2pARFbj)—endorsed by the far right “freedom caucus”—allows states to “opt-out” from requiring private insurers to provide essential benefits AND from mandating inclusion of folks with pre-existing conditions, who will instead be herded into underfunded “high risk pools,” where their main option will be medical bankruptcy http://ampr.gs/2pjaWxJ
--The authors know how bad the bill--they included language to EXEMPT THEIR OWN HEALTH COVERAGE from the changes.
Our US Representative Earl Blumenauer (District 3) is calling for action today, and we must respond as well. We need calls to support our Oregon MOC’s in this fight, but ESPECIALLY from constituents of Oregon’s lone proponent of Trumpcare: Greg Walden. AND we are adding specific actions you can take today TO PRESSURE THE MODERATE REPBULICANS who will decide the outcome of this vote.
—————————————————————————————
**ACTION 1** CALL YOUR US REPRESENTATIVE:
Find yours: http://www.house.gov/representatives/find/
The most effective calls include a personal story about how this issue affects you. Or, adapt our scripts:
SCRIPT FOR EVERYONE BUT WALDEN: “My name is [--] and I’m a constituent from [city], Oregon. I am proud to be part of a state with US Representatives such as Rep [--] who I can count on to vote no on the disastrous amended AHCA which may come to a floor vote as early as Friday, with no debate or CBO score. I am asking the Congressperson to do more than vote NO: I'm asking [her/him] to speak out loudly and publically on this issue, to make [her/his] moderate GOP colleagues understand the devastating effects of this bill on their constituents.
SCRIPT FOR GREG WALDEN: “My name is [--] and I’m a constituent from [city], Oregon. I am appalled by Representative Walden’s past support for AHCA repeal and replace plan. I demand that he stand up for us —his constituents whose lives are at stake—and vote NO on the amended bill. The bill may be coming to a house vote as early as Friday, despite no debate or CBO score, which is unacceptable. I'm asking the Congressman to vote NO and to urge his fellow lawmakers to do the same.
**ACTION 2** Call, text, or email this action to friends/family in the following moderate republican districts. Or, flood the same GOP House members with tweets, even if you are not in their district. Use this link: https://trumpcaretoolkit.org/
—————————————————————————————
**PHONE NUMBERS**
CONGRESSWOMAN SUZANNE BONAMICI [D1]
DC: (202) 225-0855, OR: (503) 469-6010
CONGRESSMAN GREG WALDEN [D2]
DC (202) 225-6730, Medford: (541) 776-4646,
Bend (541) 389-4408, LaGrande (541) 624-2400
CONGRESSMAN EARL BLUMENAUER [D3]
DC: (202) 225-4811, OR: (503) 231-2300
CONGRESSMAN PETER DEFAZIO [D4]
DC 202-225-6416, Eugene: (541) 465-6732,
Roseburg: (541) 440-3523, Coos Bay (541) 269-2609
CONGRESSMAN KURT SCHRADER [D5]
DC: (202) 225-5711, Salem (503) 588-9100,
Oregon City (503) 557-1324
** After you call, please comment below and briefly share your experience!**
http://www.vanityfair.com/…/the-new-gop-health-care-plan-is…
Posted by Monicapearson97103 at 6:18 AM

Thursday April 27th at 5 pm:  Lauren Scheiderer, a dynamo experienced Bernie organizer, will host a canvassing and phone bank training. This is rewarding and effective campaign work  - with wonderful new tools and techniques.

Friday April 28th at 5 pm:  The Scorcher is hosting a Postcard Party on Friday at 5 PM. Postcards will be hand written: why is this election important, which candidate or race are you supporting and why, etc? 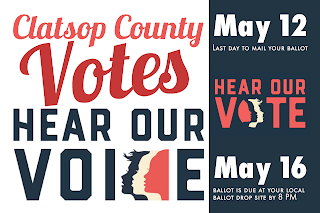 ACTION: Call To Say No To Trump's Military Games

--Launching missiles, dropping “yuge” bombs, and fake-deploying armadas have no real impact on the misery of millions in the Middle East and North Korea, and pose a grave danger to world stability.

--Unfortunately, the press and public—including our MOC’s—tend to applaud aggressive military actions—as long as the target is a “bad guy.” http://bit.ly/2ntOvFK

--Ceding power to generals endangers a crucial US constitutional principle: elected civilian control of the military.

Today, all US Senators will attend an unprecedented 3pm White House briefing on North Korea. The real message? If you are not for Trump—and his budget riders demanding billions for Defense, and ICE detention camps—then you are for the “bad guys.”

FEEL FREE TO ADAPT THIS SCRIPT:
“My name is [--], a constituent from [city], Oregon. I would like to thank Senator [--] for his opposition to Trump’s war-mongering. However, Trump’s demand that our Senators attend a North Korea briefing today is a ploy to coerce support for increased Defense spending.  I’m asking Senator [--] to refuse to be manipulated. I want him to REFUSE to pass a budget resolution with such perilous conditions attached.  Also, I  want him to speak out NOW to demand Congressional oversight of any further military actions.

Consider sharing a personal story about how this issue affects YOU.

FEEL FREE TO ADAPT THIS SCRIPT:
“My name is [--], a constituent from [city], Oregon. Trump’s demand that our Senators attend a North Korea briefing today—with another planned for the House-- is an obvious ploy to coerce support for huge spending increases for Defense. Representative [--] should refuse to be manipulated. I want [him/her] to refuse to pass a budget with such dangerous conditions attached. Also, I want [her/him] to speak out NOW to demand Congressional oversight of any further military actions.

ACTION: Call to Support Only a Clean Budget

This Thursday, join Indivisible and the National Immigration Law Center on Facebook Live to talk about what you can do to support immigrant families. On Thursday, April 27 at 9 PM ET/6 PM PT, join Indivisible and the National Immigration Law Center (NILC) for a Facebook Live event where we will discuss the upcoming May 1 Rise Up marches in support of immigrant families. Immigration experts will be on hand to answer your questions about Trump’s efforts to tear families apart, sanctuary cities, and how you can support immigrants. RSVP to get a reminder and other streaming options now. Submit all of your questions here or by sending an email to questions@indivisibleguide.com.

New Immigration Ally Toolkit: Check out our new Immigrant Ally Toolkit, developed in partnership with the Fair Immigration Reform Movement (FIRM), Local Progress, National Immigration Law Center, Reform Immigration for America, and United We Dream, for more information on the May 1 day of action and how you can work in your communities to rise up, unite, and protect immigrant families.
Posted by debv at 11:39 AM

Help defeat the GOP Senators who let Trump off the hook!

JOIN US and RECEIVE OUR E-NEWS

To receive our weekly newsletter and connect with a group in your community, click the SIGN UP link.

Check out our "no pressure" Really Do Care initiative

Three high school students in Clatsop and Pacific counties have won cash prizes in the 2019 I Will Vote essay contest, co-sponsored by INCO and AAUW-Astoria. Click here to read the winning essays!

Many of you are already involved in civic-minded organizations that embrace the call to activism. We applaud these efforts. In the days ahead, much will be required of us. Now more than ever, we need to support the good work of all.

One choice among many for marching ahead is Indivisible North Coast Oregon. A young movement with over 5,000 groups nationwide, Indivisible promotes grassroots activism to resist an agenda built on racism, authoritarianism, and corruption.